Problems with your fireplace can pose a huge danger. Hazards include increased chances of a house fire, smoke blowing back into your home and causing damages, or a chance for exposure to deadly gases like carbon monoxide. The following are a few signs that you need to schedule a chimney repair before you light your next fire.

Fireplaces can be lined with metal or clay tiles. Cracks can form in the lining, which can lead to a fire sparking in the walls of your home. Sometimes the cracks are in the chimney itself, which is a problem for the same reason. If you notice any cracking, stop using your fireplace immediately. A fireplace technician can repair or replace the lining in the fireplace. Chimneys are typically fixed with the installation of a seamless metal chimney liner that won't develop cracks in the future.

As the bricks in your chimney age, the mortar between them typically chips away first. Heat from using the fireplace can cause the damage to progress more quickly, thus posing the risk of a masonry collapse. Fortunately, you won't need a whole new chimney. A repair service can fix damaged mortar using a technique called tuckpointing. The old mortar is scraped out from between the bricks and new mortar is installed.

Most people think of fire or smoke damage when it comes to chimneys, but water damage can also be a concern. Leaks often occur where the chimney joins to the house. The flashing or seals around the chimney can fail, which leads to moisture leaching in. Often, the first sign of such a leak is soft wallboards, bubbling paint, or peeling wallpaper on the walls immediately surrounding the fireplace. The leaks must be resealed to solve the problem.

Creosote builds up in chimneys when you use them. Burning at too low a heat or burning a lot of wet wood or paper will cause the residue to buildup on the walls of the chimney. Creosote can then ignite later, leading to a chimney fire. Have your chimney cleaned annually so creosote doesn't become a problem.

The cap on top of your chimney is designed to let out smoke and fumes but to prevent embers from landing on the roof. The cap also keeps birds and squirrels out of the chimney so they don't block it with nests. Chimney caps are sometimes knocked loose by the wind, which you can usually spot from the ground because they will look askew on top of the chimney. The cap must be replaced properly before you use your fireplace.

Contact a fireplace cleaning and maintenance service for more help. 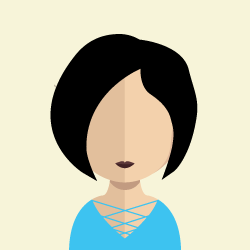 Do you enjoy spending time outdoors during the warm spring and summer months? Perhaps, reading books is your favorite pastime. But, you don’t have the perfect outdoor space to read at. Consider planting a beautiful flower garden on your property. Think about investing in a stunning wooden or stone bench to put in your flower garden. Once your fragrant flowers are blooming, you can sit in your peaceful, flower garden while you read your favorite books. Imagine how relaxed you’ll feel after spending time in this quiet place each day. On this blog, I hope you will discover the best types of flowers to grow in your area of the country. Enjoy!